Zimbabwe’s President Emmerson Mnangagwa has defended a move to ban the use of international currencies such as the US dollar, South African rand and British pound.

Zimbabwe has not had its own fully fledged currency since 2009, when the authorities abolished the Zimbabwe dollar because of hyperinflation.

Shops and most businesses will only be allowed to accept the substitute currency, RTGS dollars.

Mr Mnangagwa said in a statement that the change was necessary for the country to have control of its currency:

While the multi-currency regime helped to stabilise the economy, it did not give us control of monetary policy and left us at the mercy of US dollar pricing, which has been a root cause of inflation”.

The government is believed to have introduced this new measure to curb rampant black market currency trading.

Critics believe that this will slow the economy as businesses will not be able to operate with a volatile local currency. 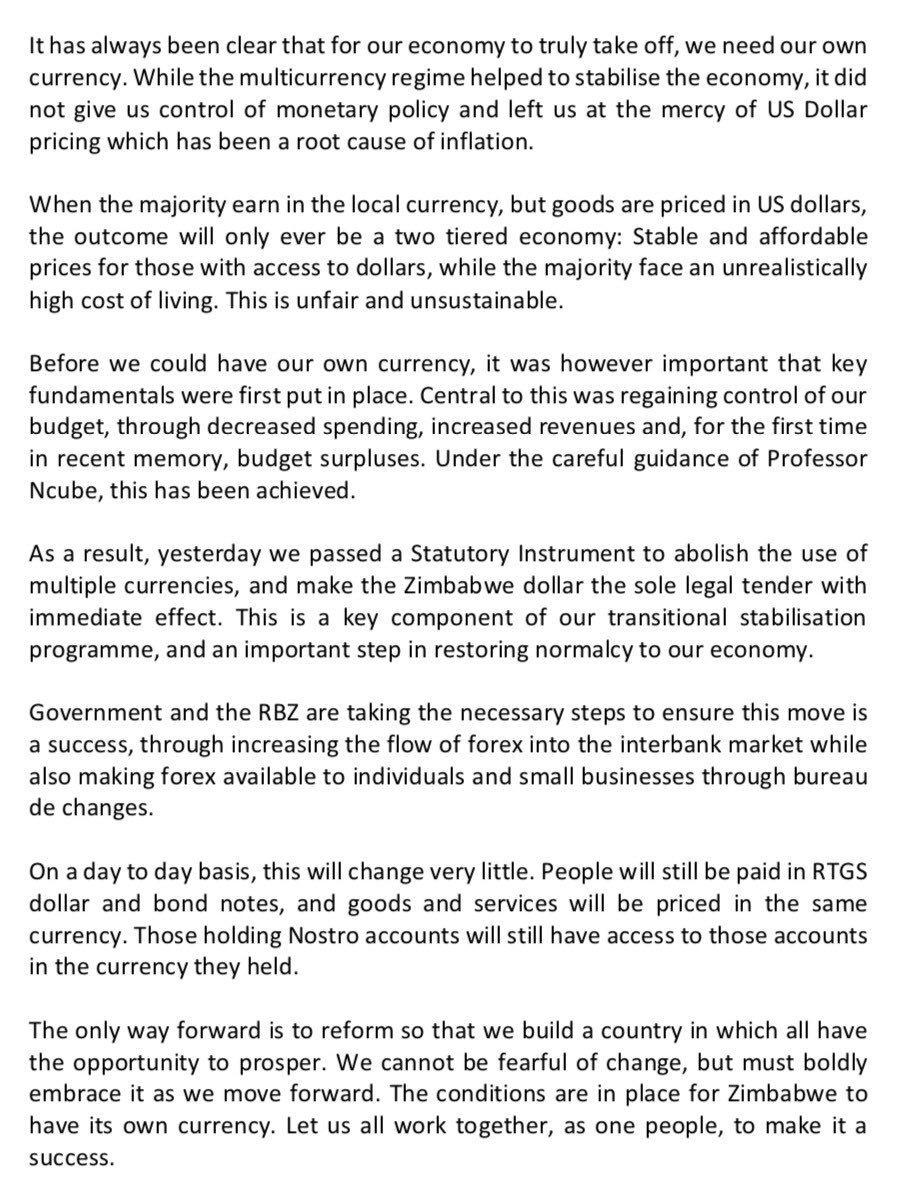 There was drama in the Osun House of Assembly,…

Nigerian Kills Wife, What He did Next will Shock You

Continue reading
Thanks for subscribing! Please check your email for further instructions.